Pangu, the Chinese based jailbreak team has been responsible for offering all jailbreak related news these days. The team has come up with a simple and excellent solution to jailbreak the latest iOS iteration of Apple’s devices. It is worth noting that Pangu was the first official team that has released a tool that allows users to jailbreak the latest iOS 8 and 8.1 devices untethered, meaning that users could download the method directly for use. After installation and download Cydia would get included in the tool menu and the creators of Cydia declare that the jailbreak tool is stable enough for use. Jay Freeman, the creator of Cydia has been integrating and working with the Pangu team to integrate Cydia in the jailbreak process.

Cydia has been regarded as an alternative for Apple App store for jailbroken iOS devices. The tool offers access to apps and declares a number of customization options that are usually not allowed for iOS devices by Apple. Initially the tool was designed for iOS users alone but was later been made available for Mac computer and windows device users as well. There was yet another drawback with the device relating to the language.  The Cydia tool was basically in Chinese, but it was pretty easy to download without knowing the language thoroughly. Lately though, this tool has come equipped with a full English translation for all international users’ sake . Another great news about the tool is that, Pangu team offers an untethered tool for jailbreaking that is compatible with all the devices that includes iPhone 6, iPhone 6 plus, iPad Air 2 and iPad mini 3.

Untethered iOS 8 jailbreak is stable enough for use:

Thus with the help of this tool, one could easily and confidently jailbreak their iPhone with ample support from the Cydia app store. But it does not offer any warranty against running into malware or bugs. After having discussed so much on jailbreaking Apple devices, it is worth remembering that jailbreaking the handset voids its warranty with Apple. But jailbreaking the device enhances its usage and the tool is compatible with iPod, iPad and iPhone capable of running iOS 8, which includes iPhone being installed from 4S on-wards. The tool undoubtedly is stable enough to use but does not protect the device against crashes and infections also it carries the risk of nullifying the end user agreement with Apple.

Want to jailbreak your idevice for more great apps, tweaks and customization? Then head over to our complete guides on How to Jailbreak iOS 8.1 using Untethered Pangu Jailbreak on Windows and Mac. For the latest tweaks, apps and repos supporting Pangu Jailbreak for iOS 8.1 keep coming back. 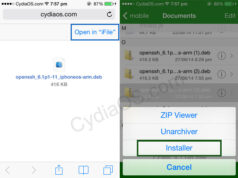 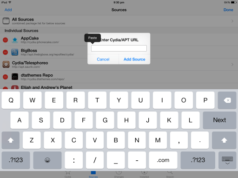 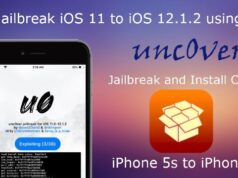 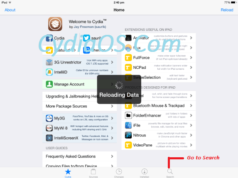 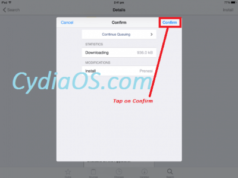 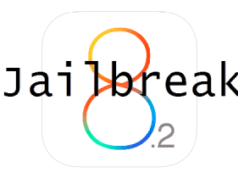 The Philosophy of Jailbreak – iOS X.Y.Z