Among all the features that are available on iOS 8 the stand-outs must be the advancements it has made in its messaging system. This application includes an upgrade in functionality that enhances the better aspects of its older version. For example, iMessage controls how text displays and responds.

Though iMessage app has the best feature system for group messaging, the app sometimes is difficult to use when the user deals with large groups or is forced to browse across multiple notifications. As more and more complaints aroused from iOS users on regarding these issues, Apple has framed a way to facilitate people to mute a conversation or leave it once and for all.

Group messaging system was introduced for the first time by Apple on iOS 7, which helped users to chat with their contacts as a group, contrary to individual, one-to-one messages. This new feature was pretty interesting, but had problems with implementation since there was no existing way to mute or turn off a group conversation. This issue has been fixed in its 8.0 version.

Users are now free to leave a group message system or simply mute a conversation as they like. While using group text message, on the upper right corner of the screen, there is a details option below the menu bar. Clicking this option would open up a new menu with numerous options relating to the conversation.

How to Mute a Group Message on iPhone

This ‘Do not disturb’ icon behaves more like a mute switch that the users would find in other messaging applications such as WhatsApp, however the difference is that there are no limits on duration. Once the button is activated, it stays on as long as the user wishes to have it so. They still have the choice to turn it on to continue receiving notifications on group messages.

How to Leave a Group Chat on iPhone

In order to quit a chat message,

This is how you can leave a group chat on iPhone running on all the updates of iOS 8 including iOS 8.1.3. In all places mentioned as iOS 8.1.3 please understand that it applies to all versions of iOS 8 and later. 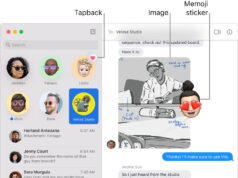 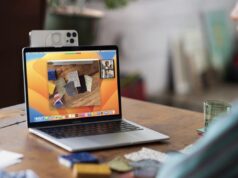