Home Cydia How to Remove Pangu icon after iOS 8.1 Jailbreak

Those who have jailbroken their iOS 8.1 device earlier should have noticed that they have a new Pangu app on their home screen. This icon helps people to install updates that are released by the Pangu team to perform all other useful functions. But for people who think this as a useless app that only takes up space on the home screen there is a solution that helps them get rid of it.

This article would explain in detail on how to remove the Pangu app from the home screen once they are done with jailbreaking their iOS iPhone, iPod touch or iPad. It is strongly recommended that it is not indicated to delete the Pangu app on iOS 8 interface because after deleting it there is no possible way to reinstall it again.

But there is one annoyance most of the users report and wish to get rid of, that is the Pangu icon that appears on the home screen after installation. Though the Pangu icon allows people to perform some important functions such as respiring, some people don’t simply want it on their home screen and one easy way to remove this is given here.

The following steps have to be followed to remove Pangu icon from the home screen after the iOS 8 device has been jailbroken.

Step 1: On the Jailbroken iPhone that is powered by iOS 8 or the iPod touch or iPad, the user has to touch open the Cydia option and then tap on the Installed icon that appears on the bottom bar.

Step 2: Look for Pangu loader for iOS from the list of installed packages and then tap on the icon.

Step 3: The next step is to tap on the Modify option that appears on the next page and from the menu that opens, the users have to then choose the Remove icon.

Even after following these steps, the icon need not disappear from the home screen. For it to disappear completely, users have to respring the device, after which the icon would no longer be available on the home screen. As Cydia is not available for default repos, users could not reinstall the Pangu loader for iOS and it is strongly recommended that users should not delete the icon completely if they are not sure if they would require the application or not.

This method works best for users who have jailbroken their device using Pangu tool version 1.1.0. This is an exciting way to get rid of Pangu tool on devices that uses the iOS 8.1 interface, though there are many tested ways to be used in iPhones working on a lower version. It is good to think twice before removing the Pangu app from the home screen as it is not possible to reinstall Pangu loader form Cydia, as the latter is not available at default repositories.

A similar procedure is also seen to be working even for the TaiG icon for iOS 8.1.2. 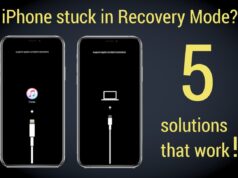 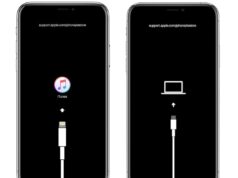